I really feel for Gary.  He's got it rough and people just won't and don't leave him alone.  It's got to be hard being the subject of everyone's jokes.  I mean it would be like being the kid in high school that all the bullies picked on, but Gary has had to deal with that for his entire life, not just four years.  I read on one web site where they are betting on when he'll commit suicide.  How pathetic are people these days that they can actually not care about another man's life at all and even make jokes about their death.    I truly hope Gary finds some peace in this life and most importantly the Love of God.  I think his whole world would change if he understood that God loves him no matter what people say or do to him, and that he can find his self-worth in Him.  Hang in there Gary. 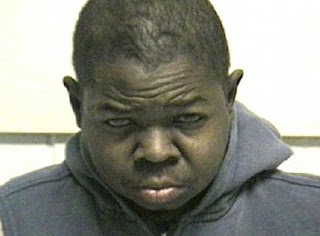 You can clearly see the despair on is face.  Why in the world would anyone ever want to kick him when he's down?  Hang in there Gary and get out of Hollywood and that business asap.

Posted by Christian at 6:05 AM